How to Optimize Images for Foldable Phones 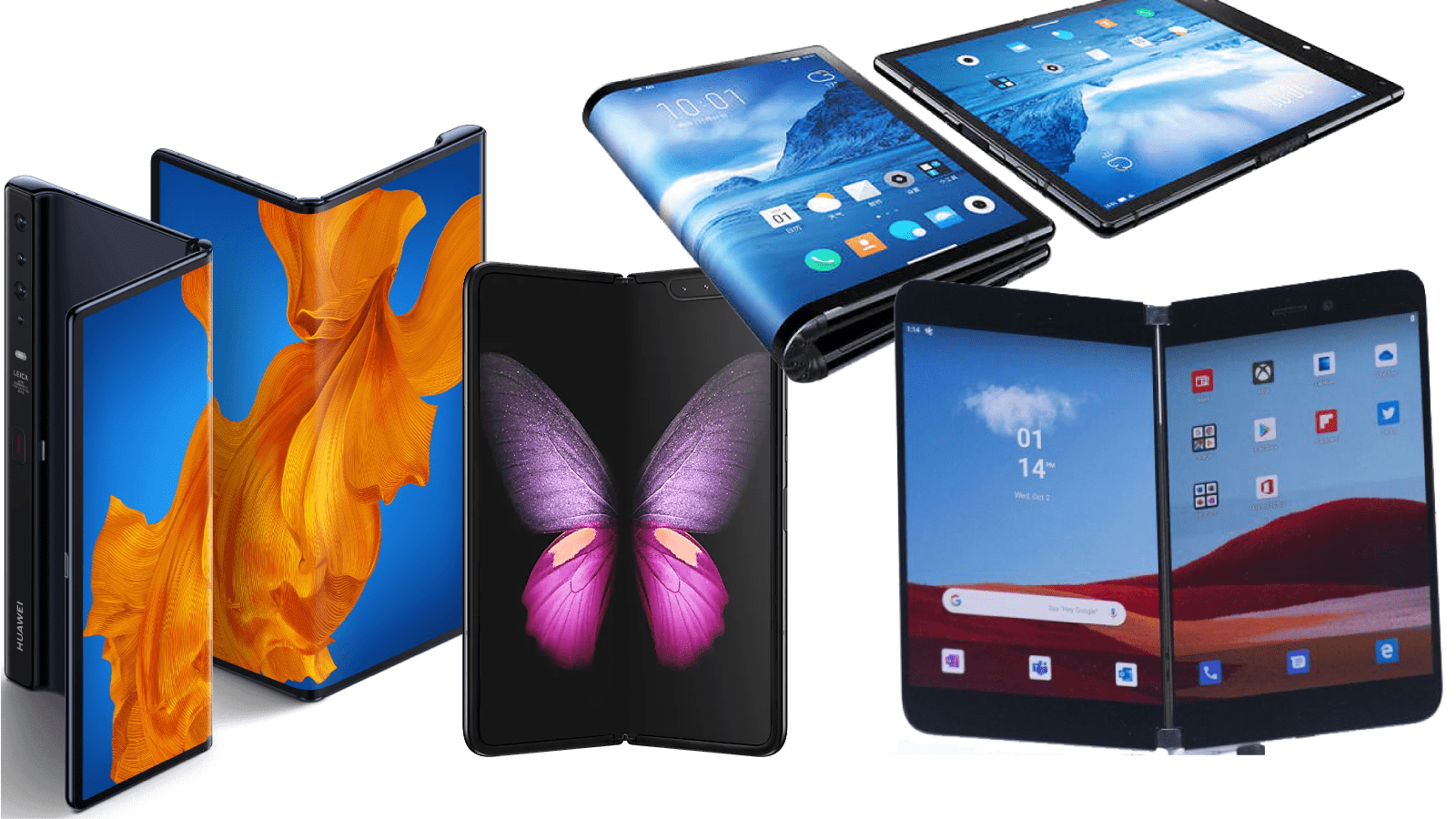 Foldable phones are here. Learn how to use ImageEngine can identify and optimize images for them. ImageEngine automatically optimizes images for foldable clamshell and booklet phones, simplifying the work of web developers.

Use our impage speed test tool to see how ImageEngine will improve your own website’s image web performance. Learn more about ImageEngine here.

What are Foldable Phones?

Foldable phones have displays that are either hinged or flexible enough to bend and fold. They typically fold across either the horizontal or vertical axis. Building foldable phones requires advances in not only screens, but also many changes in engineering for hinges that are solid but do not degrade or allow foreign matter intrusion.

A foldable phone promises very powerful advances in usability. After all, the benefit of a larger screen is much like a battery with longer life: everyone wants a bigger screen – especially if it will still fit in your pocket.

Remember back before Covid 19, when we used to go to conferences? In March of 2019, foldable phones made their debut at Mobile World Congress in Barcelona. “Debut” might be too strong a word. Unless you were a VIP, you were not able to touch the foldable phones and give them a bend. In fact, you had to watch them from behind bulletproof glass. But ooooo-weeee!! They looked cool.

Despite the buzz from MWC 2019, reports quickly emerged that the foldable screens and hinges were not as durable as expected. But small armies of engineers continued to work diligently on problems like:

It appears like manufacturers have solved enough of these potential drawbacks to launch devices. And the rest of the ecosystem is helping. For example, Android 10 included support for foldable screens. Here we are in the second half of 2020, and foldable phones are now becoming commercially available.

What foldable phones are available today?

Now it is time for websites and advertisers to adapt to foldable phones.

What Problems do Foldable Phones Cause for Developers and Advertisers?

While foldable phones are potentially a win for users, they cause potential problems for web designers. Foldable screens are likely to be a new, non-standard size. And many issues like menu placement might need rethinking with a foldable device.

Additionally image layout and optimization is a potential problem. Not only is it important to know if a phone is foldable, but it is also important to optimize and deliver images specifically for that model of foldable phone. An image CDN like ImageEngine has device detection built in and can automatically optimize images for foldable phones automatically.

For advertisers, foldable devices are a very interesting market. Whoever buys a foldable device is definitely an early adopter. And they probably have a great deal of disposable income to afford a manufacturer’s suggested retail price (MSRP) of more than $1300. Advertisers would love to target this audience, if they could.

We won’t go into all the detail of how device detection works, but to detect a foldable phone visiting your website, the WURFL API that is built into ImageEngine will take the HTTP request and evaluate the device. Once the device is detected, WURFL can also return any property of the device, or as we call it, WURFL device capabilities.

Our WURFL device detection is the most accurate and expansive device detection solution in the world with over 72,000 devices, 99% accuracy, unparalleled API speed, and world class 24-7 support.

For foldable devices, we have amended the physical_form_factor capability to include two new values:

With physical_form_factor, a web developer or advertiser can identify a visitor with a foldable phone in real time. Web designers could embed logic into their HTML or javascript to serve an experience tailored to foldable devices. Advertisers could serve specific ads to the affluent early adopters using foldable phones.